Bangladesh Bureau of Statistics has conducted Welfare Monitoring Survey (WMS) in March 2009. The Objectives of the WMS were to collect some core welfare indicators for assessing the poverty situation of the country excluding the income and expenditure dimension of poverty assessment. It is worth mentioning that traditional Household income and Expenditure Survey is the main instrument for measuring the poverty using income/expenditure behavior the household. The WMS included a number of indicators which can be generated annually to measure the progress in poverty reduction strategy of the government. The areas that have been covered in the survey are household and housing characteristics, population characteristics , health situation, self assessment of poverty, food security, clothing and footwear, crisis coping, credit and investment, participation in the social organization such as clubs and associations, security, women empowerment, recreation and leisure etc.

The WMS was conducted in the sub-samples of the Integrated Multipurpose Sampling Design (IMPS) samples. The IMPS comprises of 1000 Primary Sample Units (PSUs) and for the WMS, 700 PSUs were taken. From each PSU, 20 households were selected randomly for the interview, thus the survey covered as many as 14000 households for the country as a whole. The number of rural households covered under the preview of survey was 8400, while the urban households were 5600. Strong supervision and quality control measures were adopted in the data collection of the survey.

The survey findings indicate that only 8.3% households have pucca structure, 16.9% have semi pucca structure while the rest are katcha or jhupri. As high as 83.6% households own their houses, however, this percentage is 94.1% for the rural area and 49.3% for the urban area. The households reported to use tube well water was 87.0%, while 9.2% percent reported to use supply water. The households were asked to mentioned whether they use arsenic free water in response 74.0% reported that they use arsenic free water but, this report is based on perception and the water is not tested for arsenic. The highest 60.5% households used straw/hay/cow dung as a fuel for cooking, while 50.2% use electricity as source of lighting. Sanitary toilet was reported to be used by 27.1% households while 19.1% reported to use pucca water sealed toilet. Surprisingly 33.9% household still uses katcha toilet. Interestingly 48.3% percent households use mobile phones as against only 2.2% who use land phone. The households who reported ownership of livestock and poultry were 36.5% and 57.3% respectively.

As regards ownership of selected household assets 66.6% reported to have wooden furniture, 46.8% have watch, 40.0% have radio/television and 37.7% have fan/Ac. Transport was reported to own by 22.9% households. Surprisingly only 1.9% households reported to own computer and such percentage was only 0.5% in rural areas and 6.4% in the urban area. The population characteristics of the survey population indicate that sex ratio of the population stands at 104, 37.8% of population aged 10 years and over are unmarried, 55.7% are married and the rest are widow/divorced/separated. The literacy rate of male was observed 58.9% while female literacy rate was 50.4%. Only 2.3% population have degree or above level education.

The health situation of the population shows that 89.3% children have been covered under vaccination programme while 15.9% population was observed sick during the previous month of this survey. It is encouraging that 74.3% women of reproductive age got antenatal care though the birth in health facility was only 18.7%. As many as 80.3% population have been registered under birth registration programme. The self assessment of poverty by the respondents reported 34.1% as breakeven, 31.9% poor and 9.3% extreme poor. It should be borne in mind that this is a subjective measure and no standard method has been applied. Landlessness was reported as the highest (60.9%) cause for poverty followed by wants of work (36.8%). The highest 40.0% reported that poverty situation remains the same while 37.0% reported that it is increasing.

It is praise worthly that, possession of clothing and footwear was higher among the households where more than 70% reported to have required clothing and footwear. More than 16% household faced some sort of crisis is in the preceding year and the highest cause was illness/accident of family members (26.0%) followed by crop loss due to flood or draught (25.5%). Households faced the crisis by borrowing from relatives/friends (49.2%) and NGOs (27.7%) and 57.0% household reported to receive government help in crisis.

Households main investment in the preceding year was agriculture/land development (32.2%) and in business and investment (24.5%). It is interesting to note that 28.0% households were reported to be member of club/society and the highest 66.0% being the member of cooperatives. Security in term of the movement was reported by 96.8% households and the common place of justice for the households is local guardian. 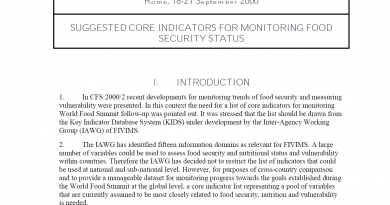 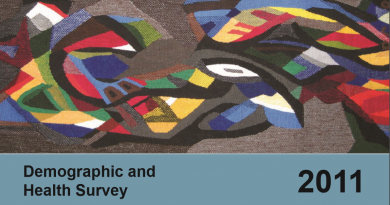