Participants of the first day of the orientation program, held on 15 September, included government officials, Upazila Chairmen and Pouroshova Mayors in Kurigram district. The second of the orientation workshop, held on 16 September, were attended by the Union Parishad Chairmen. Union Digital Centre (UDC) entrepreneurs and representatives from different NGOs particpated on the third day of the workshop. 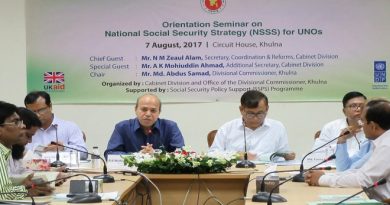